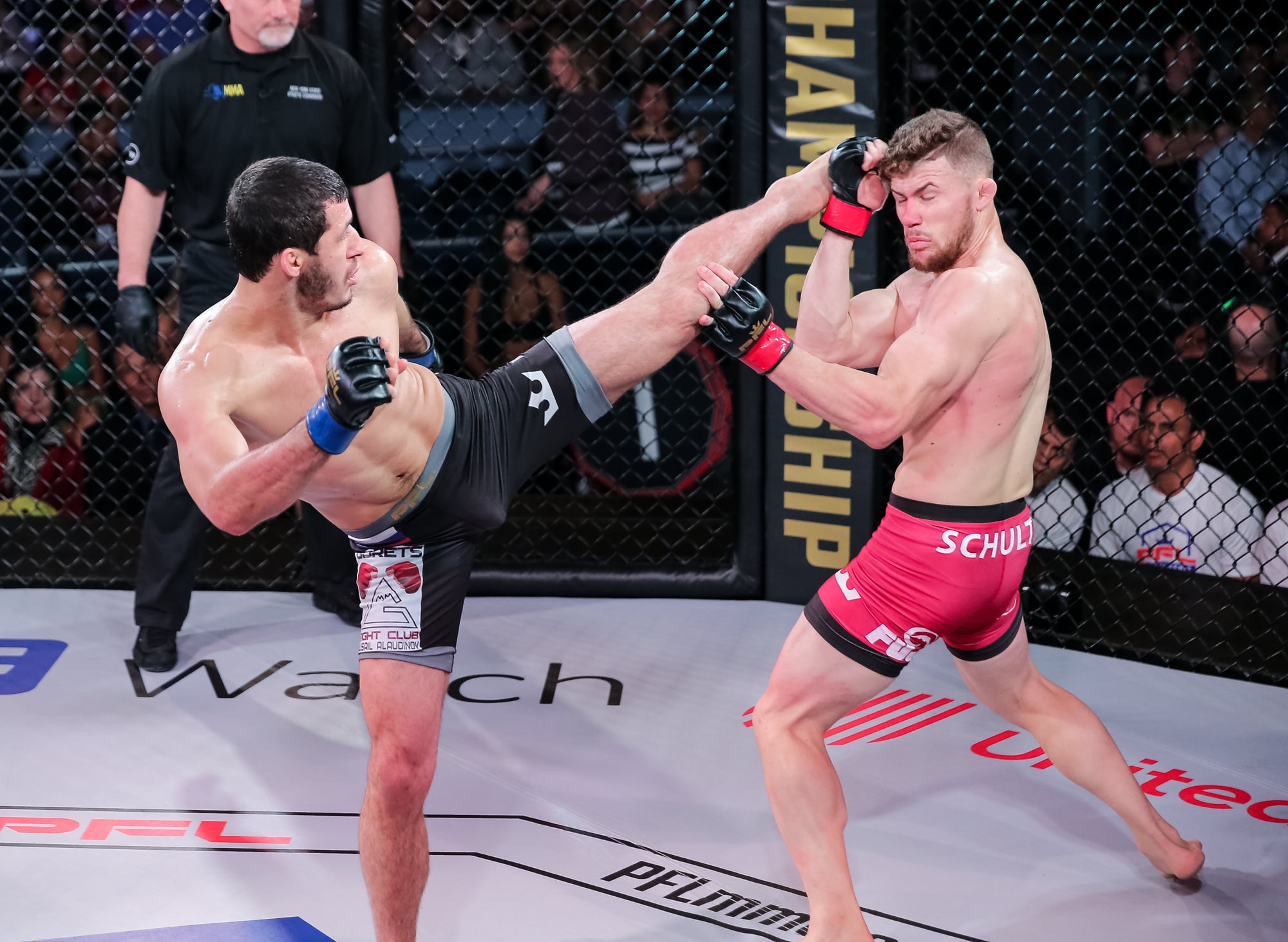 Natan Schulte was an unknown name on the PFL lightweight roster a year ago, but went on to win the million dollar prize in the end of the first season.

“Russo” capped off his almost-perfect year in the PFL cage with a decision victory over fellow American Top Team fighter Rashid Magomedov in New York on Dec. 31, winning the season 2018 belt. Schulte admits the match was tougher than he anticipated, but he did enough to claim the gold after all.

The Brazilian 155-pounder also pocketed one million dollars with the victory, more money than he had ever made in his entire 19-fight career in mixed martial arts. After making sure he would not pay attention to the monetary prize ahead of the contest, Schulte can now make plans for the extra cash.