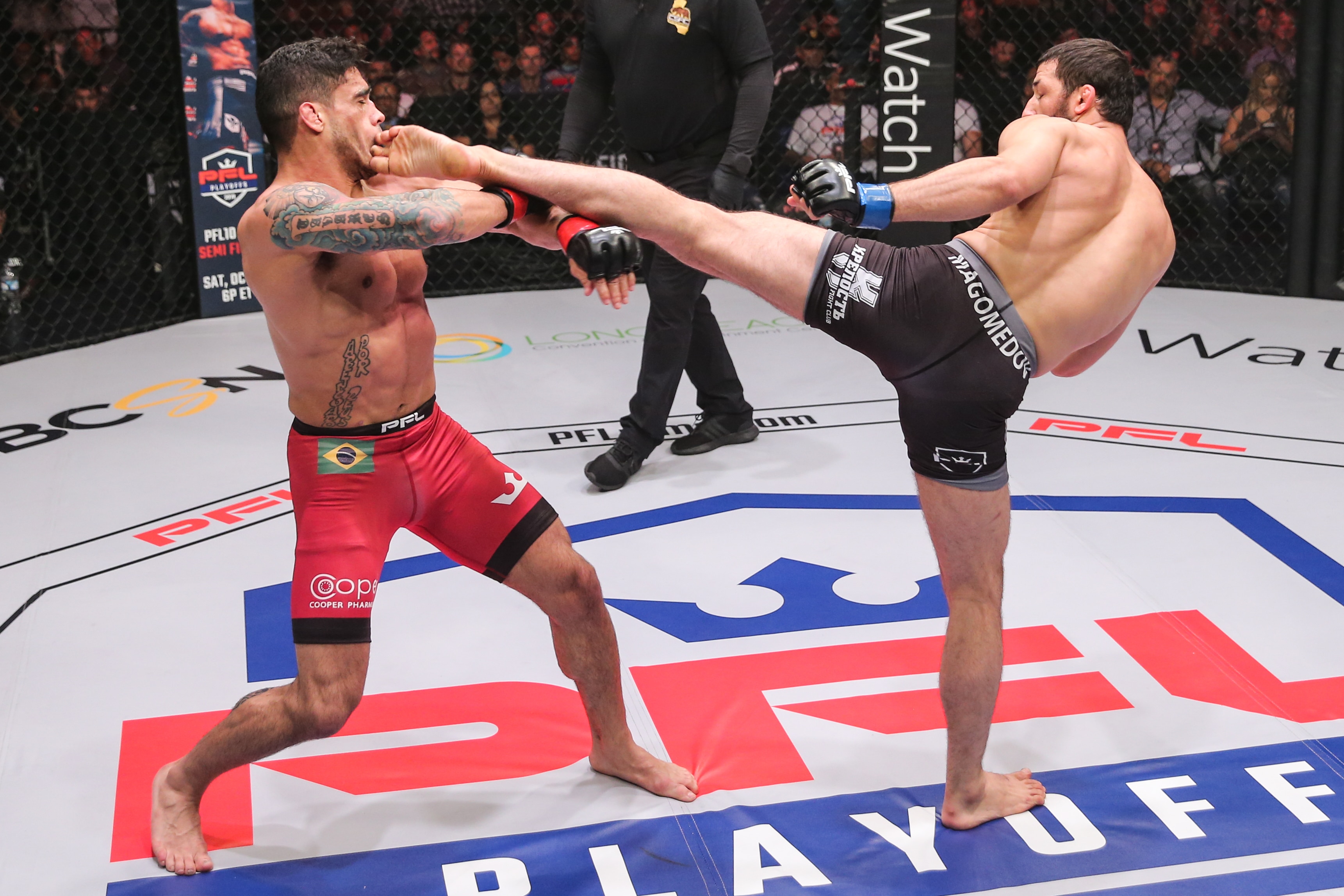 Rashid Magomedov had to battle two tough opponents at PFL 9 to earn his shot at the Professional Fighters League 2018 lightweight finale at the end of the year. First up was Will Brooks, the former Bellator MMA 155lb champion. That fight ended in a draw, but Magomedov had done enough to get the nod via first round tiebreaker. Then came his second fight, and a switch in opponent. After Islam Mamedov was unable to continue in the tournament, the “lucky loser” rule saw Thiago Tavares get a second chance against Magomedov.

Magomedov wasn’t phased by the opponent switch. Speaking to reporters backstage (via translator), he said that he was initially just preparing for “Will Brooks. After I fight him, I just in general was preparing myself psychologically for two fights.” In short, “I was ready to fight.”