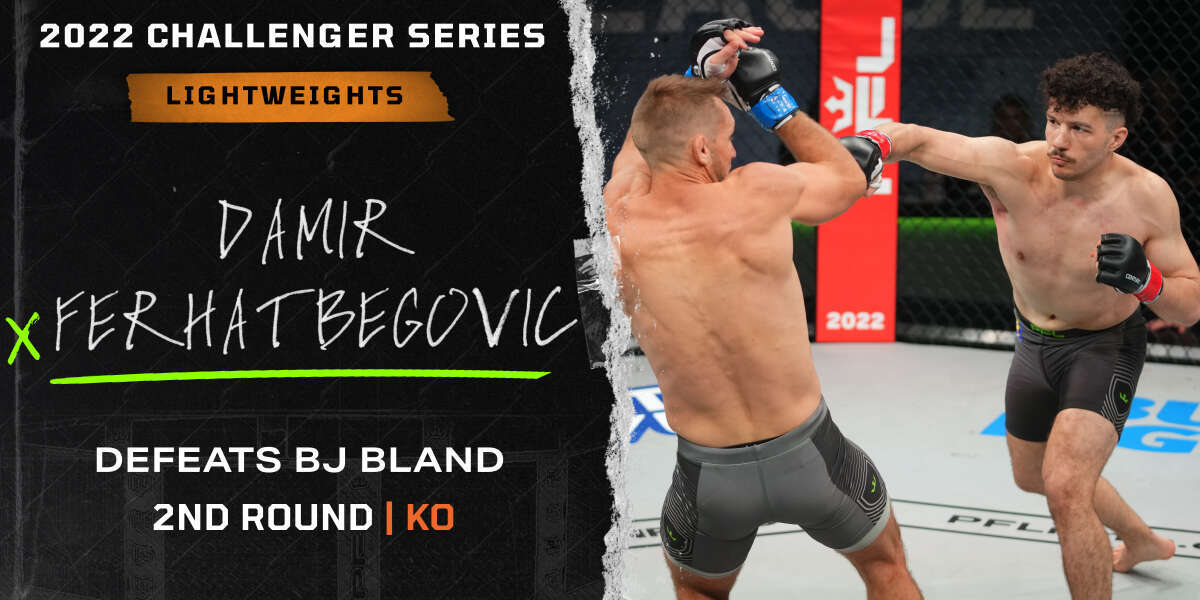 Nothing could stop BJ Bland from making it to the cage for Week 5 of the 2022 PFL Challenger Series.

After facing some Visa issues, the New Zealander needed to cut weight while worrying about the joys of international travel and time constraints as Friday’s fights approached.

But he got the job done.

Bland (15-10) made weight, and he made it to the cage to take on “The Bosnian Barn Cat” Damir Ferhatbegovic (5-2-1) in the third night of the evening.

Who got it done?

They touch gloves, and we’re off. Double jab followed by a body kick from Bland. Now a leg kick, which Ferhatbegovic returns. Both men exchange body kicks.

Ferhatbegovic looking for Bland’s legs now, and he’s finding them with some nice leg kicks. With 3:30 left in the round, they clinch against the cage, and Ferhatbegovic lands a series of nice knees.

Just as it looks like he’s finding his groove, the referee stops the fight, sensing a low blow. Ferhatbegovic isn’t pleased, Bland doesn’t appear affected, and they’re back after it after just a few seconds.

Out of nowhere, Ferhatbegovic connects with a beautiful counter uppercut, followed by a hook, followed by devastating ground-and-pound, and this one’s done.

Bland is out, and Ferhatbegovic is loving the moment, pantomiming the signing of a contract as he struts around the cage for a victory lap.

Will Ferhatbegovic go home with the deal? We’ll find out later tonight.

The night’s first knockout comes courtesy of a beautiful combination from Ferhatbegovic: