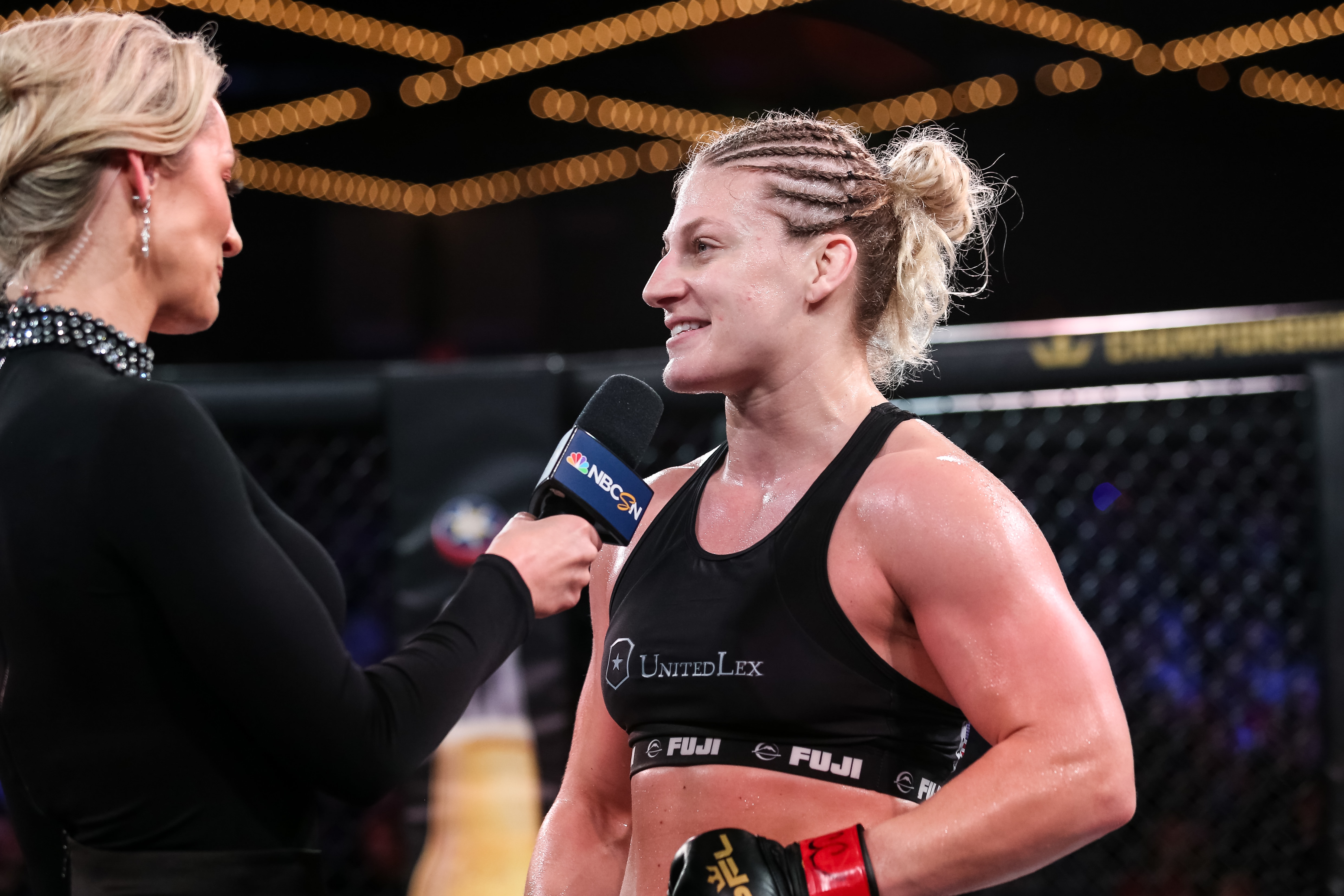 Apparently it’s no longer too early to talk about a fight between Cris Cyborg and Kayla Harrison.

Late Wednesday night, UFC dual champion Amanda Nunes made waves when she declared that she was “done with 145” pounds, meaning she has no intention to defend her featherweight title, and suggested to Cyborg she look at fighting PFL’s Harrison.

Whether or not Nunes is serious remains to be seen. For what it’s worth, she did appear to be having some fun with the situation after that initial tweet.

Serious or not, though, Nunes’ declaration might’ve laid the foundation for a future showdown between Cyborg, who lost her title to Nunes last month at UFC 232, and Harrison, who’s just 3-0 in MMA. The former Olympic gold medalist is set to take part in the PFL women’s lightweight season later this year, and Cyborg said she’s willing to move up in weight to fight her should she come out victorious.