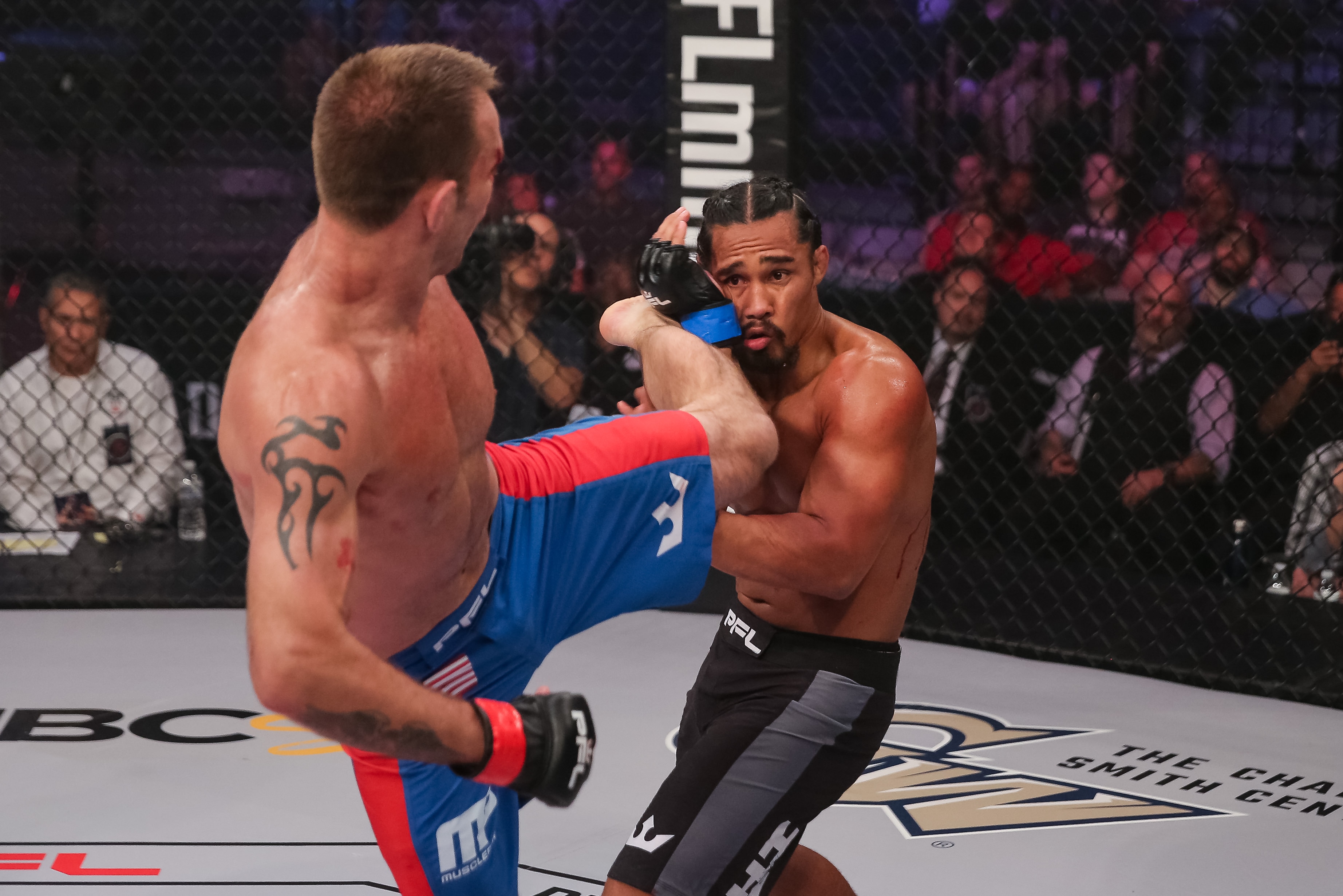 Cooper plans to retire Shields in their rematch

When the Professional Fighters League season started earlier this year, Ray Cooper III probably wasn’t the name most people expected to end up as the No. 1 ranked welterweight.

That all changed when Cooper shocked the world with a savage second round finish against former Strikeforce champion and UFC veteran Jake Shields to kick off the season. Cooper followed that up with a blistering 18-second knockout in his second fight and now he’s the No. 1 overall seed in the welterweight bracket with the winner earning a $1 million grand prize.

Because of the format with the PFL where wins and finishes count the most, Cooper was able to skip past all the typical pre-fight trash talk and social media engagements that can often times determine how fights are made in mixed martial arts.