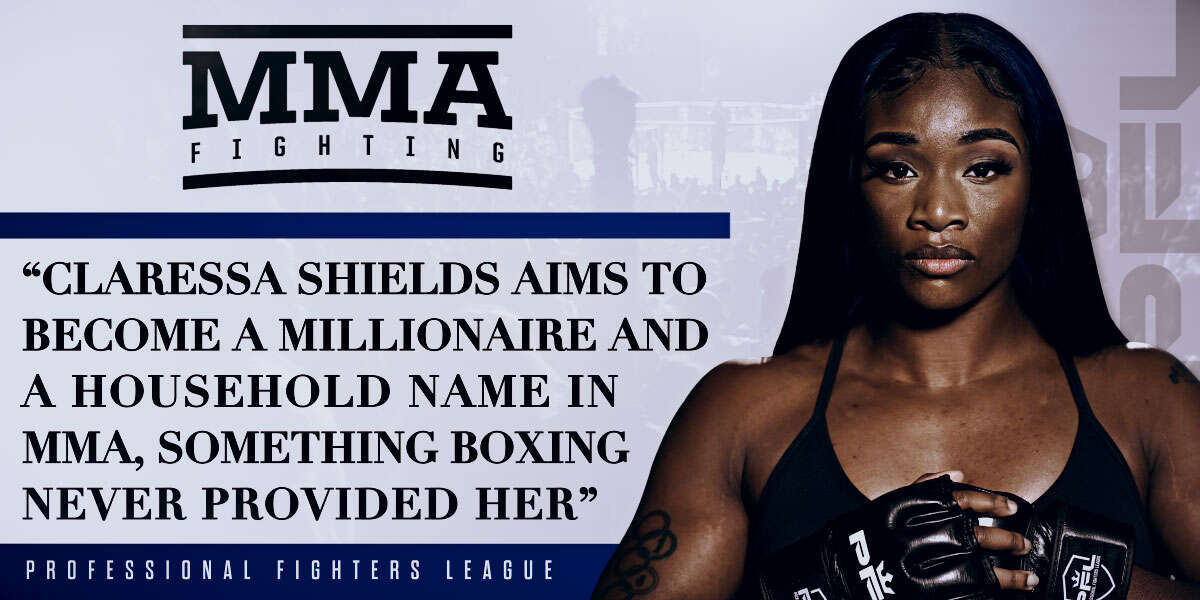 Claressa Shields aims to become a millionaire and a household name in MMA, something boxing never provided her

Claressa Shields had a lot of reasons to make the move from boxing to mixed martial arts with her first professional fight now just a matter of days away.

Despite being a two-time Olympic gold medalist and a multi-time, multi-division champion in her chosen sport of boxing, the 26-year-old Michigan native still hasn’t received the kind of attention, money or appreciation that should come along with those kinds of accomplishments.

Shields has taken aim at boxing promoters and their broadcast partners in the past for what she believes is nothing more than sexism when it comes to women’s boxers not being given nearly the same kind of opportunities as their male counterparts.

That’s certainly not the case in MMA where many of the biggest stars are women including past UFC champions like Ronda Rousey as well as current title holders such as Amanda Nunes, Cris Cyborg or Valentina Shevchenko. While top promotions like the UFC were slower on welcoming women into the fold, there’s little doubt now that they stand shoulder-to-shoulder with the men when it comes to pay and prestige in the sport.