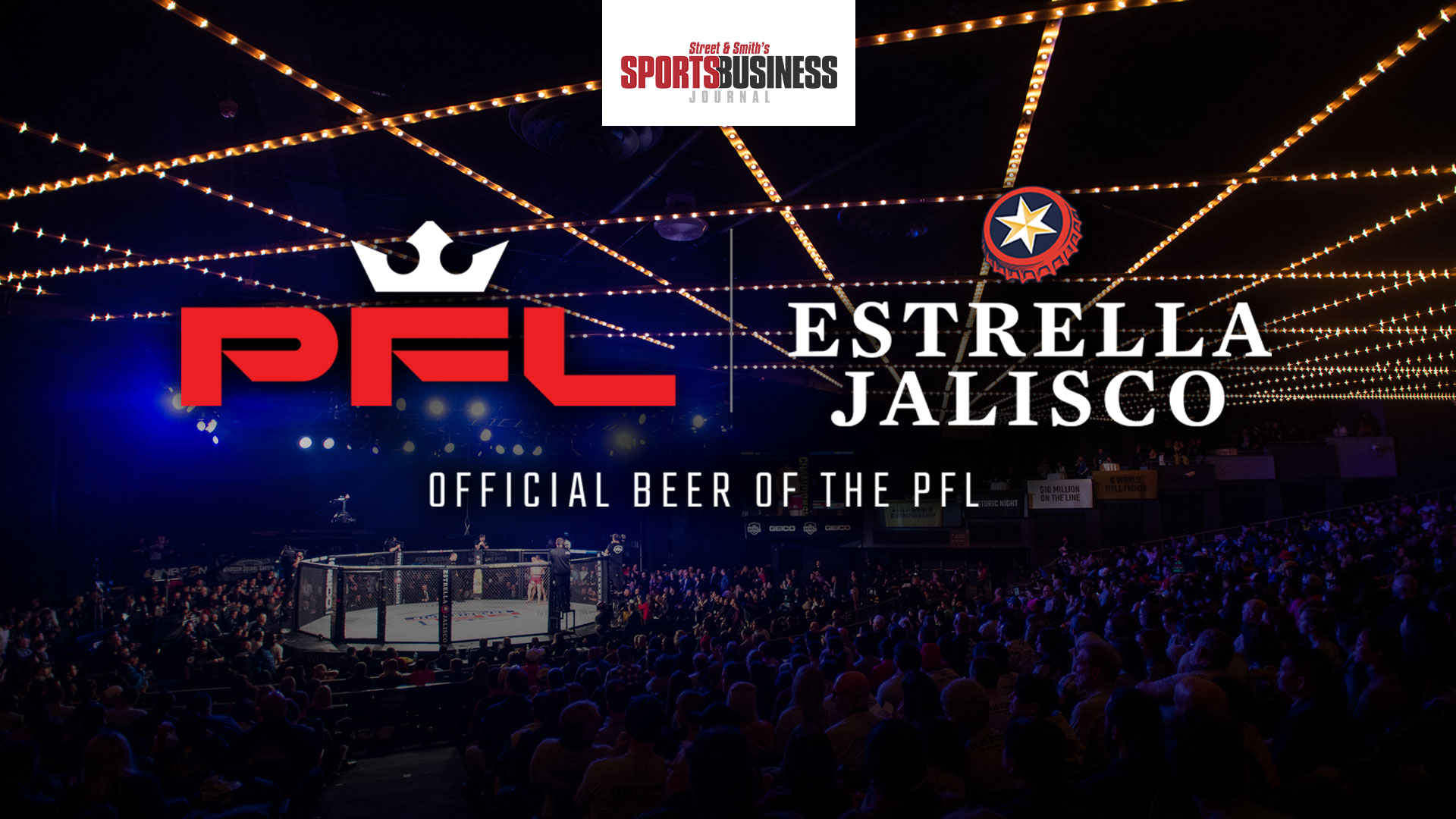 Any sports property’s first beer sponsorship is a landmark. Such is the case with the Professional Fighters League.

The mixed martial arts circuit, formerly the World Series of Fighting but now approaching its second season under new ownership and the PFL moniker, has signed Anheuser-Busch InBev to a multiyear global rights deal. Financial terms were not available. The sponsorship will support Estrella Jalisco beer, introduced by A-B to the U.S. market in 2016 as an alternative to Corona, long the top-selling American import, as well as Heineken’s Tecate and Dos Equis Mexican brands.

ABI gets malt-beverage category exclusivity within the league and its media rights holders; camera-visible branding within the PFL’s “decagon”; IP rights for advertising; pass-through rights for retail and on-premise campaigns; along with the “Official Beer of the PFL” designation. The MMA circuit also will produce exclusive digital content for ABI.

ABI had sponsorship rights for its Bud Light brand with the UFC for nine years before being supplanted by Modelo in 2018.

“We’re excited about the opportunity to get back into MMA,” said Nick Kelly, ABI head of U.S. sports marketing. “The ability for us to plan with their regular season and playoffs format makes it much easier for us to leverage.”

Estrella Jalisco has been available at retail largely in Texas and California; distribution is now expanding to larger metros, including Chicago, New York and portions of Florida.

ABI did a test at the PFL’s New Year’s event. The PFL season begins May 9, backed by a new distribution deal with ESPN2, ESPN Deportes and the ESPN+ OTT service.

“Brands understand how to activate with our model and we have good traction with millennials, Gen Z and multicultural audiences,” said PFL CEO Peter Murray. “Thursday nights have also become important for beer and other sports advertisers as they look to prime the pump for the weekend.”