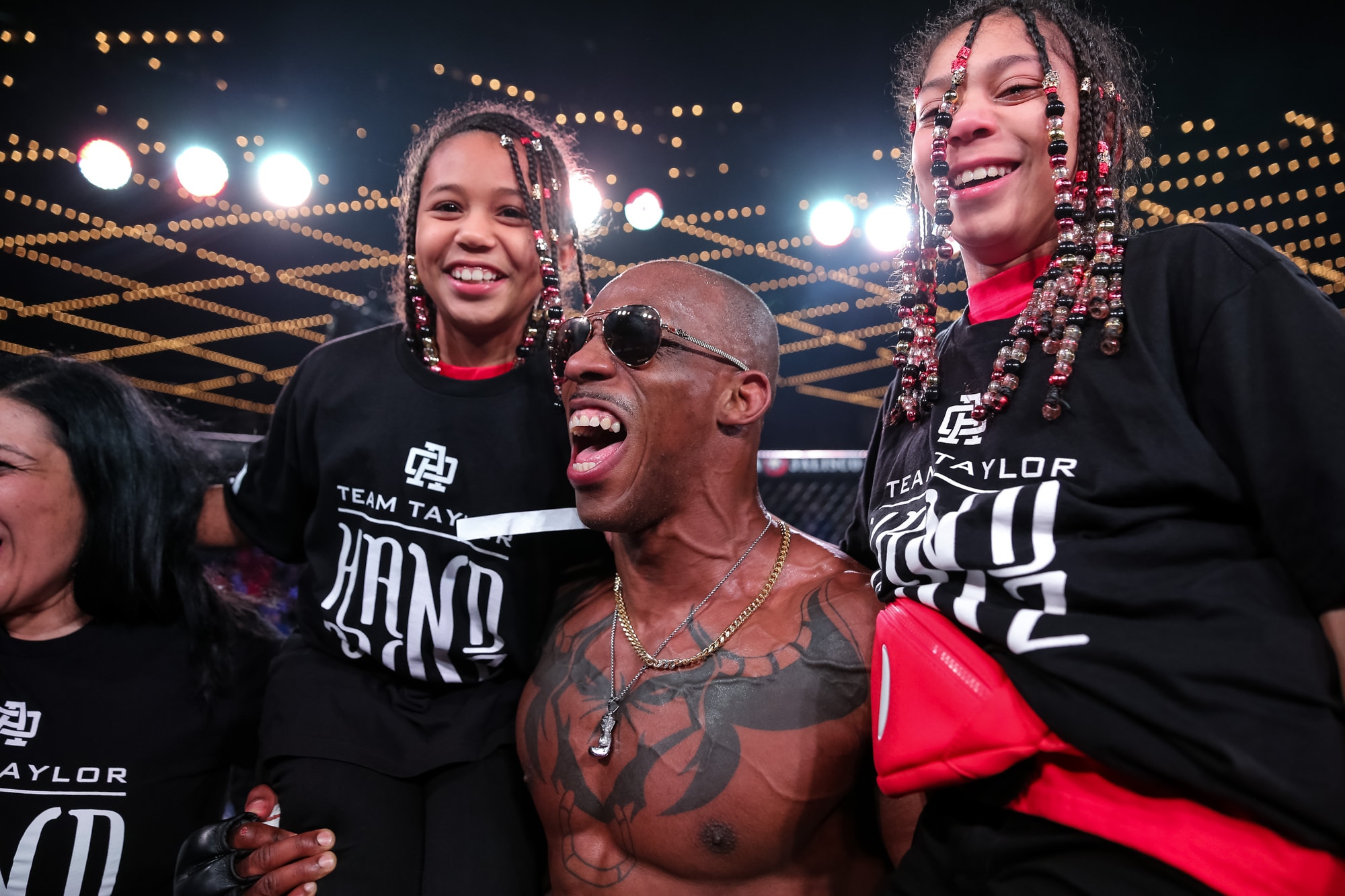 Louis Taylor isn't exactly what you picture when you think of a champion fighter. Raised in the violent Chicago neighborhood of Englewood, Taylor did not start out in a boxing gym, as many in combat sports historically have done. Instead, his background started in the sport of wrestling, having picked it up late in high school, before wrestling in college. After college Taylor became a high school coach.

"It's true, I started late, wrestling as a (high school) junior and had a good run, taking it into college. But later as a coach, I got to see younger competitors do it and knew I still had a competitive spirit burning within," Taylor said, in a phone interview, last week. The 39-year-old mixed martial arts fighter at Professional Fighters League (PFL) became the league's Middleweight Division champion last December.

Taylor said his route to a world title has been "a long one" and describes his entry into MMA as a little atypical. Taylor said that one morning he was having breakfast out in Chicago and he noticed a jiujitsu school just across the street from the diner that kept grabbing his eye.

"I walked over and enrolled right away, and three months later had my first amateur fight. At that time, I had a lot of buddies from my college wrestling years who were having success fighting in MMA. But I wanted to do it my way, on my own." Since then, Taylor has trained at a small gym on the south side of Chicago and has quietly worked his way up.