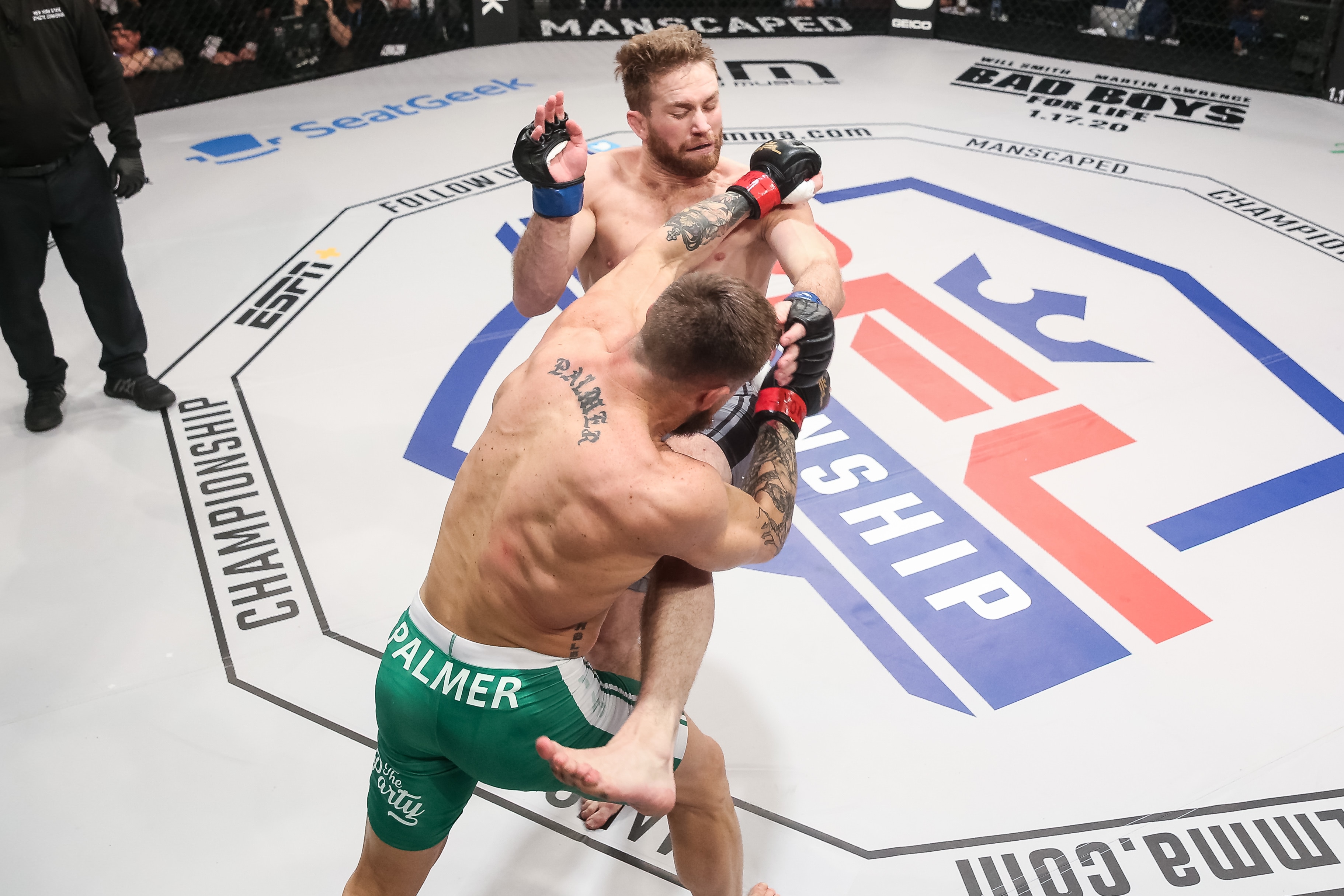 Lance Palmer knows he can compete with the best fighters in the UFC and Bellator, but he’s not going to sacrifice his bank account to prove it.

The two-time PFL champion, who has banked over $2 million as a result of those winning seasons, re-upped with the promotion just before his last fight against Alex Gilpin at the close of 2018.

Prior to that fight, Palmer had come dangerously close to the end of his deal with the PFL but ultimately the two sides came to an agreement to keep him on the roster for 2020 and beyond.

“It took a long time. I was basically a free agent when the playoffs started and I fought through that and we didn’t get a deal done. At midnight before my [finals fight] is when we got the deal done so it was one of those things that my manager Ali [Abdelaziz] put a lot of time into and he definitely made it so I’m getting what I’m worth.”